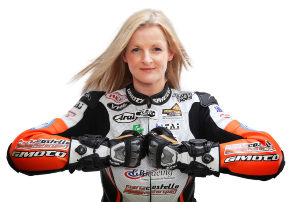 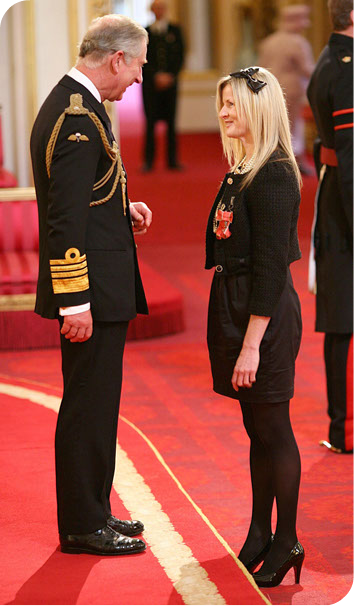 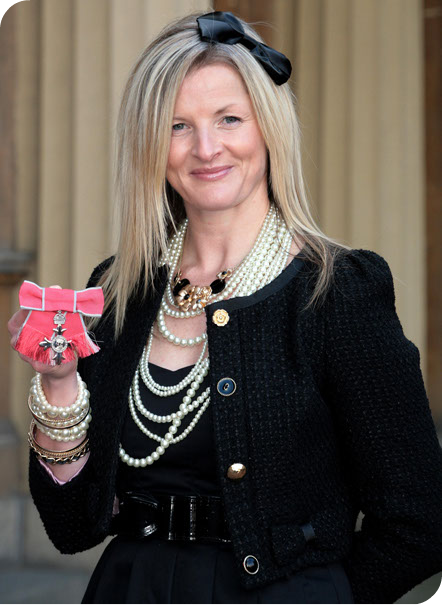 MARIA’S MBE FOR SERVICES TO MOTORCYCLING

It was in April 2009 when, out of the blue, Maria Costello received a very official looking letter. This informed Maria that her name would be submitted to The Queen, with a recommendation that Her Majesty may appoint her as a Member of the Order of the British Empire (MBE) in the 2009 Birthday Honours List.

Whilst working rather than racing at the Isle of Man TT Races in 2009, Maria was sat writing race reports in the TT press office when the Birthday Honours List was published. So on 12th June 2009, Maria’s doubts about the authenticity of the award were ended.

‘I tried to forget about it in case it was a wind up. It was when I got a message from Keith Jackson (The Sun newspaper journalist) saying “Believe it. You’re getting an MBE!” that it started to sink in.

I’m so humbled by this honour. It's amazing to receive it for services to motorcycling. Motorbikes have been my life and I feel that this award gives something back not only to me, but to all those involved in motorcycling. Its great recognition for the sport and women in sport and I hope we see more females on motorbikes and in racing. I can't thank all those who have helped and supported me enough.’

The big day finally arrived and Maria was forced to resort to her favourite mode of transport in the rush to get to Buckingham Palace on time, after she and her entire family got stuck in traffic as they travelled together by car.

Despite being dressed up for the royal occasion, Maria jumped on to the back of a Virgin limo bike being ridden by friend and knight in shining amour Damian Rowley.

Maria’s family continued by car but thankfully the traffic subsided, allowing her delighted parents Eileen and George and sister Tina to make it on time to see Maria collect her award.

Maria’s very first question from Prince Charles was, jokingly ‘Did you come by motorbike?’ to which she could only reply ‘Yes I did!” 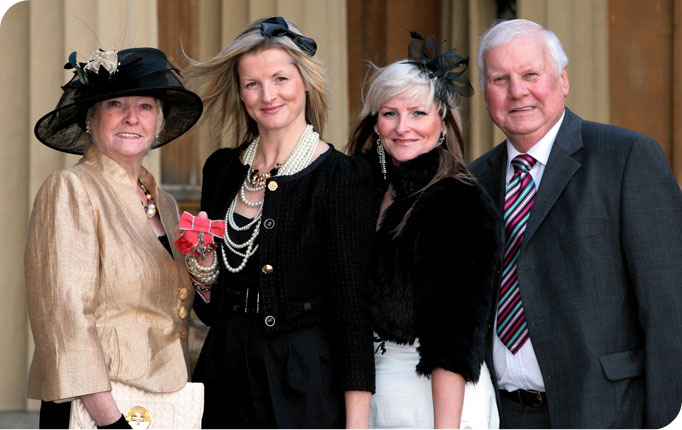